We are proud to be a drop off location for injured and abandoned wildlife. As such, our team helps to stabilize these animals before they are sent to the Tampa Bay Wild Rehabilitation center, a federal and Florida-licensed rehabber. On this page, we invite you to read about some of the experiences our veterinarians have had and view photos of some of the wildlife they have been able to assist in rehabilitating or rescuing. 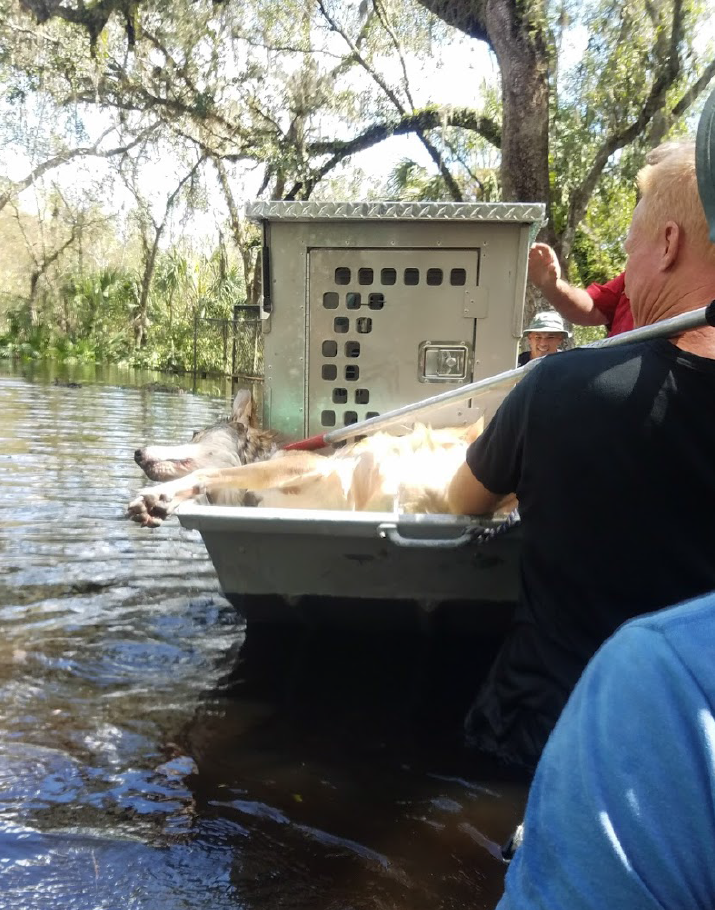 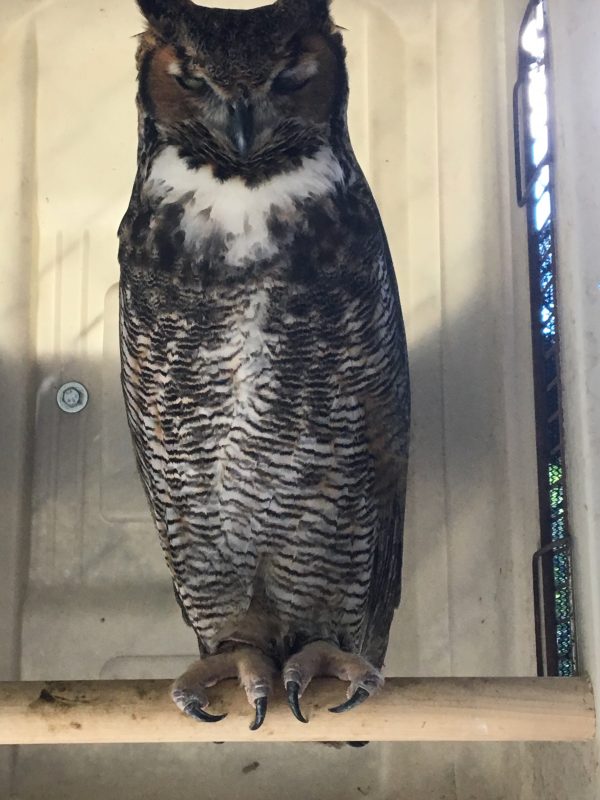 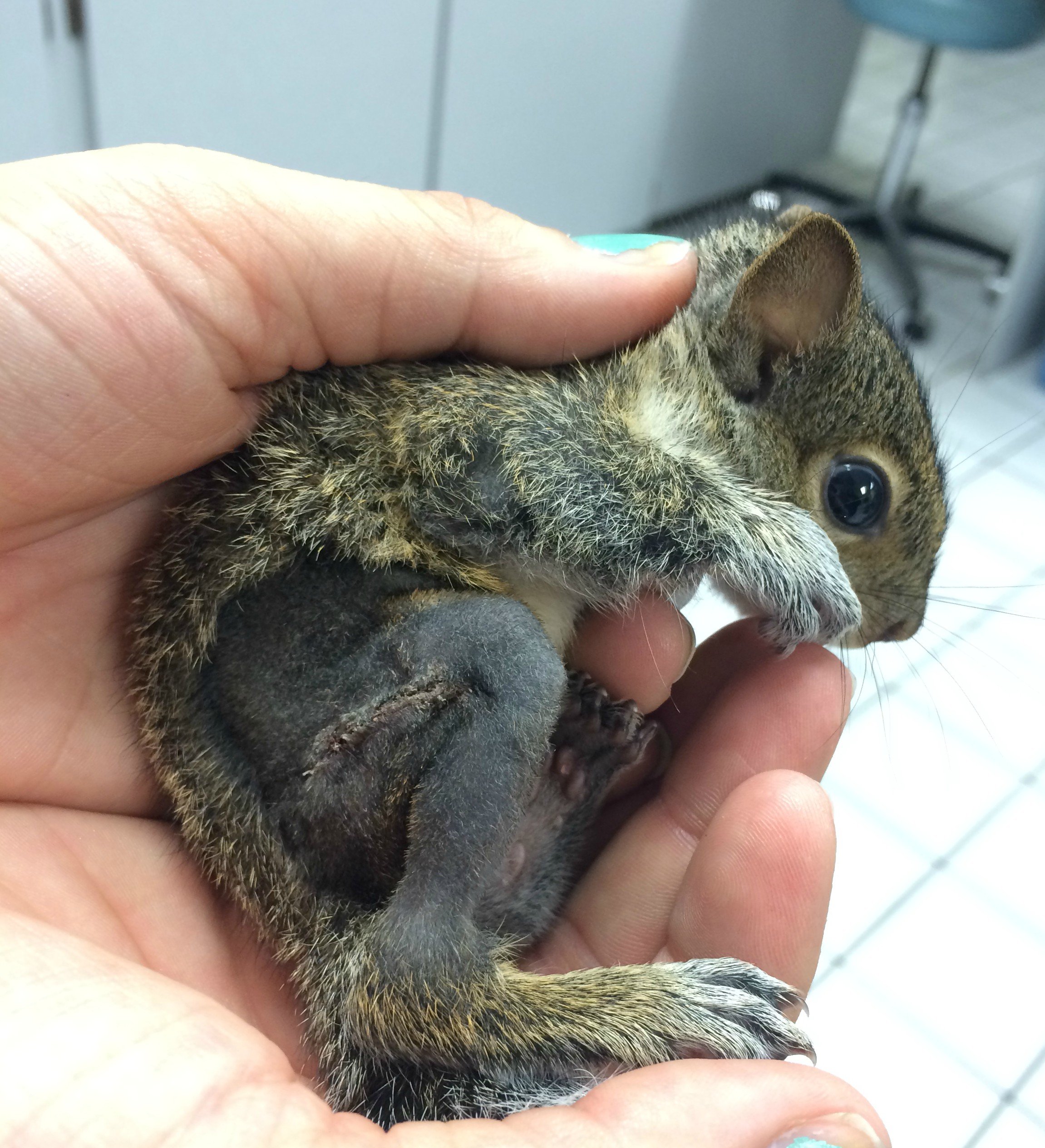 I’ll never forget the days following Hurricane Irma, in particular, the day we got the call to come out to two different small county-owned zoos that were at risk for having their animal enclosures flooded. Normally, the animals at these facilities are very well cared for, but through no fault of their own, both the cities and the zoos were caught off guard by the damage done by Irma. Both zoos were situated in lowlands next to a river. On our way to the first zoo, we passed by pieces of property that could only be distinguished by the rooftops of submerged houses sticking out of the water. We met up with state agents near the zoo and proceeded on boats along what used to be a road. As we waded through the flooded zoo I hoped we would not encounter the zoo’s alligators.   We began the process of tranquilizing the animals and shuttling them back to safety. In the end, all went well and eventually the animals were able to be returned to their homes at the zoo.

However, the situation at the second zoo threw a few curveballs at us. That zoo is located right next to the Peace River, which had risen well above its banks and was moving fast enough to sweep anyone or anything away. We had to step carefully as the water was high enough in some places to flood our waders, which would’ve put us at risk for drowning. We began moving the animals from their enclosures to the safety of the vehicles and all seemed to be going smoothly. Once we had cleared the front half of the facility, we decided to take a shortcut to the back, which by happenstance was right next to the incredibly fast and dangerous river. We began motoring over to the back of the facility, following as close as possible to the fence of the facility to avoid getting swept away. However, as the distance between the zoo and the river tightened up, we began getting swept out into the river which had easily overpowered our small boat’s trolling motor. Everyone began clambering to grab something, anything, that might stop us from getting swept away by the river. After several intense, uncertain minutes, we managed to pull ourselves back to safety and were able to continue our rescue.

The experience of helping these zoos and their animals was a powerful one.  Before I had only ever seen flood waters like this on a TV screen. Since this time, we have reviewed the zoos’ emergency plans and helped revise them to hopefully avoid risk to animals in future storms. We didn’t charge for our services to these zoos; this was a service to the animals and to the people of Florida. 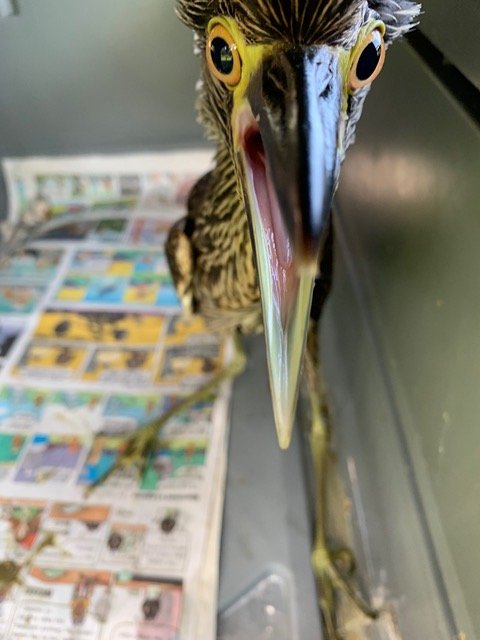 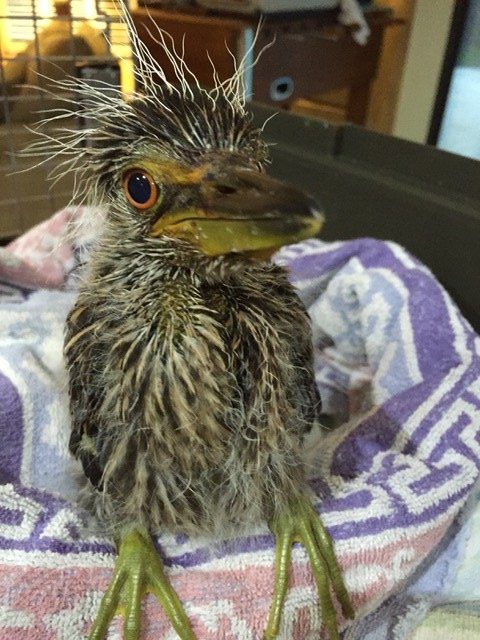 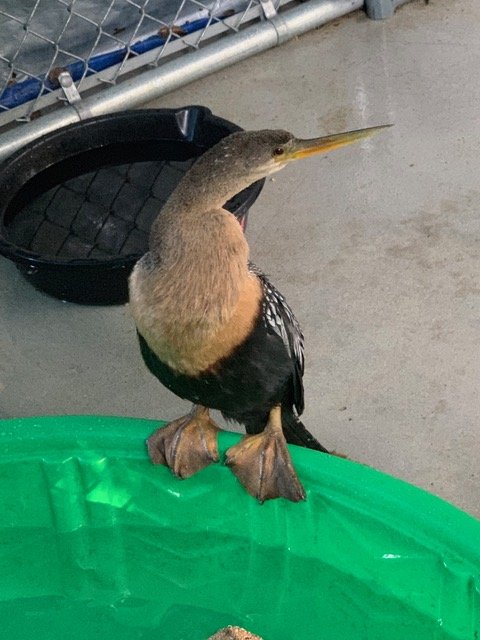 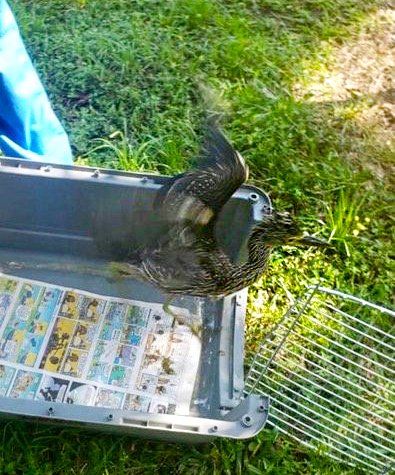 I have lived in Florida for more than 30 years.  Red tide is an event that happens almost every year.  The bloom would last for possibly 2 weeks and that was considered long.  In the summer of 2016 red tide came and didn’t leave for over 16 months. This bloom affected not only fish, sea turtles and dolphins, but our water birds in numbers we have never seen before.

When water birds are affected they become neurological, they can’t walk or hunt for food. They would come to us emaciated, dehydrated and on death’s door.  There were a lot of casualties. We had the privilege of caring for and releasing 2 juvenile Night Herons and a Juvenile Anhinga.  It took over 6 weeks with each bird to rehabilitate and make sure they would be able to survive on their own.

We use cookies on our website to give you the most relevant experience by remembering your preferences and repeat visits. By clicking “Accept All”, you consent to the use of ALL the cookies. However, you may visit "Cookie Settings" to provide a controlled consent.
Cookie SettingsAccept All
Manage consent

This website uses cookies to improve your experience while you navigate through the website. Out of these, the cookies that are categorized as necessary are stored on your browser as they are essential for the working of basic functionalities of the website. We also use third-party cookies that help us analyze and understand how you use this website. These cookies will be stored in your browser only with your consent. You also have the option to opt-out of these cookies. But opting out of some of these cookies may affect your browsing experience.
Necessary Always Enabled
Necessary cookies are absolutely essential for the website to function properly. This category only includes cookies that ensures basic functionalities and security features of the website. These cookies do not store any personal information.
Non-necessary
Any cookies that may not be particularly necessary for the website to function and is used specifically to collect user personal data via analytics, ads, other embedded contents are termed as non-necessary cookies. It is mandatory to procure user consent prior to running these cookies on your website.
SAVE & ACCEPT